The Langdon Gatehouse is located in Hyde Park, New York. This Renaissance Revival style house was built in 1876 as the gatehouse for the Langdon Estate. The Langdon Estate was the home of Walter Langdon and Dorothea Astor Langdon. The gatehouse was given as a wedding gift to Emily Astor Kane and her newlywed husband Augustus Jay, great grandson of John Jay. In 1895 after Walter Langdon, Jr. died, the entire estate was sold to Frederick W. Vanderbilt.  Vanderbilt moved the Langdon Gatehouse 50 yards to the south and built a new stone gatehouse. 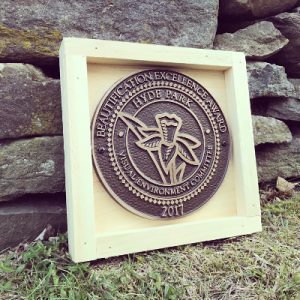 The current owner fell in love with the location, style and history of the house. Unfortunately, when he purchased the house it was not a residence. It functioned as a law office for twenty five years. The building lacked an adequate kitchen and was not properly maintained over the years. The current owner was dedicated to reviving and updating the house. Some space was reconfigured and the new kitchen was designed to be equipped with all the modern amenities but with a historic look and feel. The bathroom was redesigned. The Fireplace was rebuilt and new custom millwork was design and installed. Mechanical and electrical systems were upgraded.  On the exterior, porches and chimneys were reconstructed, a new roof was installed, millwork was repaired and the house was repainted. The combination of a historically sensitive approach to design, a dedicated owner and great craftsmanship has breathed new life into the Langdon Gatehouse.

The owner of the Langdon Gatehouse received a bronze plaque from the city of Hyde Park acknowledging his contributions to the beautification of the community.